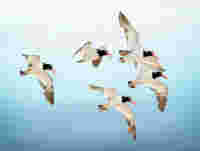 Conservationists around the world are working constantly to protect biodiversity, at local, national and international levels, across borders and along migration flyways. And for birds there is one overarching entity that is central to this mission, that also promotes a successful local-to-global approach, yet often works unrecognized in the background through its national partners. That organization is BirdLife International.

BirdLife can trace its roots back to the early conservation movements in the UK and USA, when concern about the large-scale slaughter of egrets, grebes and other species to provide ornate plumes for the Victorian fashion trade led to the formation of the Royal Society for the Protection of Birds (RSPB) in London and the forerunner to the National Audubon Society, originally in Massachusetts, USA.

These and other organizations in Europe and elsewhere eventually came together to form the International Council (later Committee) for Bird Preservation in 1922. Many years later, in 1993, ICBP became BirdLife International and adopted a new partnership model, co-ordinating bird conservation and campaigning around the globe through national partners like RSPB and National Audubon.

One hundred years after the formation of ICBP,

those partners now work to save birds and habitats in 117 countries worldwide. They are supported by a BirdLife Secretariat at the David Attenborough Building in Cambridge, UK, which spearheads this work, devising policies based on science and research – including maintaining the Red List of birds threatened with extinction – and negotiating with governments on measures that will benefit biodiversity.

Crucially, BirdLife also raises funds and forges relationships with other organizations to help threatened species and their habitats directly. SWAROVSKI OPTIK shares BirdLife’s concern for the natural world, and has worked with the organization on a number of projects with dozens of partners towards our common goals. Conservation of the fast-declining Aquatic Warbler in Poland was one of the first, this project running from 1992 to 2006, and we worked with local BirdLife partner OTOP (Polish Society for the Protection of Birds) on the acquisition of prime wetland habitat at Karskiborska Kepa, among other measures.

In 2007 BirdLife International launched a new initiative, the Preventing Extinctions Programme, to target assistance towards those birds most in danger of being lost forever. This programme develops action plans for each species, with local experts helping undertake the recovery known as Species Guardians, and individuals, organizations and businesses providing financial and other resources becoming Species Champions.

SWAROVSKI OPTIK is closely involved with this programme, and proud to work with BirdLife as a Species Champion for Sociable Lapwing and Canada Warbler. These threatened migratory birds are emblematic of the declines facing wildlife around the world – once-common species dwindling in numbers as habitats disappear, ranges contract and human-induced threats increase.

Our support as a Species Champion translates to practical measures on the ground, from field research and habitat improvement to logistical and financial assistance and the provision of equipment, but beyond that it also reflects the importance we place on preserving biodiversity for the well being of the planet, and for the enjoyment of future generations.

At SWAROVSKI OPTIK, the love of nature has long been one of our guiding principles, and we recognize that it comes with a responsibility – the environment that we share and enjoy must also be protected and preserved. Enjoyment of nature is also central to our own well being, and integral to quality of life.

Our deep passion for nature

is not just a philosophy,

but an action plan. Now more than ever, in an era when headlines are dominated by the biodiversity and climate crises, it is clear that urgent, practical measures are needed to tackle the issues faced by the natural world.

Saving a species is complex, costly and time-consuming, but we know it can be done – in fact, in just 15 years, BirdLife’s Preventing Extinctions Programme has been shown to have benefitted more than 700 bird species, some of which would surely have been lost forever without this crucial intervention.

We celebrate this achievement and continue to support BirdLife’s mission – here’s to the next 100 years of championing conservation of birds and habitats.