The play of light and crystal

A summary of Swarovski’s history

Constantly improve what is good

The play of light and crystal accompanied Daniel Swarovski throughout his childhood. Born in 1862 into a family of glass cutters in the bohemian town of Georgenthal, he learned the craft of glass cutting from his parents as a young man. Soon he was tinkering with new methods to make the cutting process easier, faster and more precise and introduced remarkable innovations.

After visiting the Internationale Electrische Ausstellung, or International Electric Exhibition, in 1883 in Vienna, Daniel realized that this new form of energy would change industrial production completely. He became determined to be one of the first to harness its so far unknown potential. Thus, a revolution in the jewelry and fashion industry was on its way when Daniel Swarovski and Franz Weis patented “a machine to cut crystal in perfection” in 1891.

To avoid potential imitators the three company founders and visionaries Daniel Swarovski, Franz Weis und Armand Kosmann decided to leave Bohemia and chose Wattens in Tyrol, Austria, to be the location of their new company headquarters. The connection to the fashion capitol Paris was well developed and the energy generation made possible using a turbine – all set for the beginning of a new era in crystal manufacturing.

“Constantly improve what is good.” – Daniel Swarovski’s philosophy became the guiding principle in Swarovski’s 125 year company history. Eager to experiment and with lots of persistence, the creation of crystal glass was made possible in the company’s own laboratories in 1913, granting Swarovski independence from bohemian suppliers. 1919 saw yet another trick: the production of its own abrasives resulted in the founding of Tyrolit. And when Daniel’s oldest Son Wilhelm established Swarovski Optik in 1949 an additional important milestone was added to the history of Swarovski. 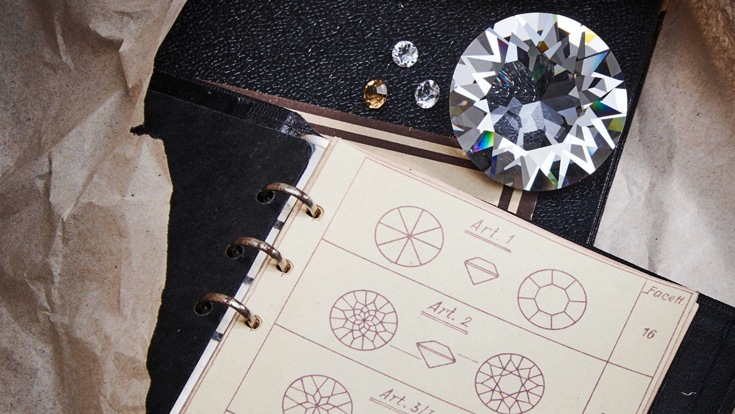